Despite it having been going on for a while (I think some people are on Round 3!), it wasn’t until recently that I caught wind of the #100DaysOfCode challenge on Twitter, started by Alexander Kallaway. When I saw the people participating - mostly members of Free Code Camp - I thought to myself:

But, despite having been a developer for a number of years now, it also made me contemplate my own commitment to learning.

I’ve read all the usual books - Bob Martin’s The Clean Coder, The Pragmatic Programmer by Andrew Hunt & David Thomas, The Software Craftsman again by Bob Martin, and most recently Becoming a Better Programmer. Each of which promote the act of self-learning and practice as being one of the most important things in being a programmer.

I never do any self-directed learning. All of the contracts I have worked in the last 2-3 years have been using technologies I already know inside out and don’t even have to think about when bashing out the code all day.

It has finally hit me. I need to do some learning myself.

Despite my skillset being relevant now, what with the Front End Development ecosystem shifting so frequently and radically - seemingly daily - what will it be like in a year, 3 years, 5 years?

So I have committed to the #100DaysOfCodeChallenge and set my list of goals. 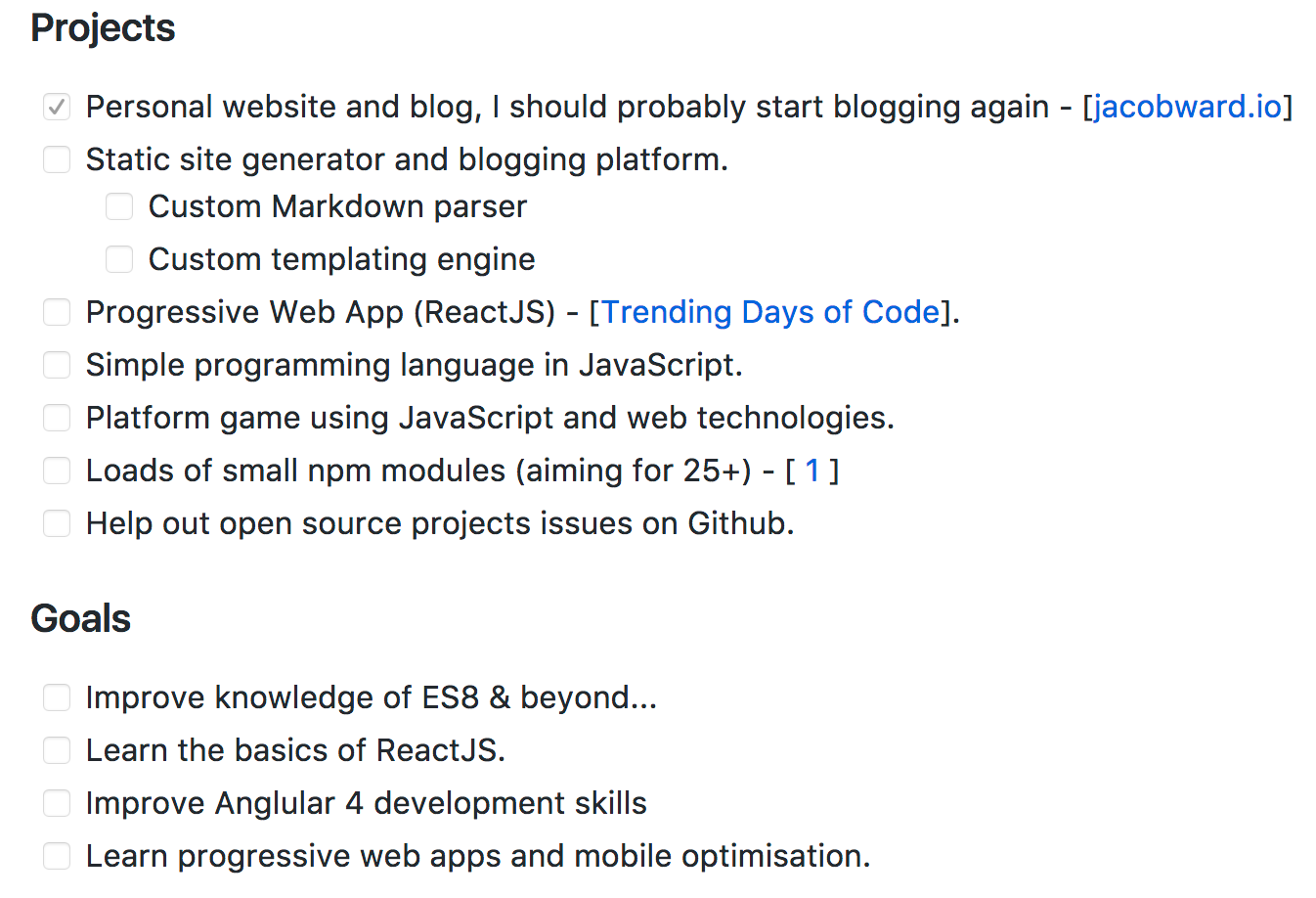 So far I am on day 23 and I have completed the majority of the underlying work on a Progressive Web Application (PWA) in ReactJS, something I had no knowledge of before, and getting a good understanding of Angular 4.

Bit of a slow #100DaysOfCode, but at least I managed to create this little #Markdown calendar for completed days https://t.co/w7MrekFeVW pic.twitter.com/U9U1QVzn5r

…and being accountable in such a way also gives me the motivation to continue, even on days when I really can’t be bothered.

Bottom line is you don’t have to be a new developer to participate in the challenge, even experienced developers can find value in it. I am, so why don’t you? Start your #100DaysOfCode challenge here

*Completing Free Code Camp’s learning map is more than sufficient for somebody to find themselves in a position to land a Junior Developer role.