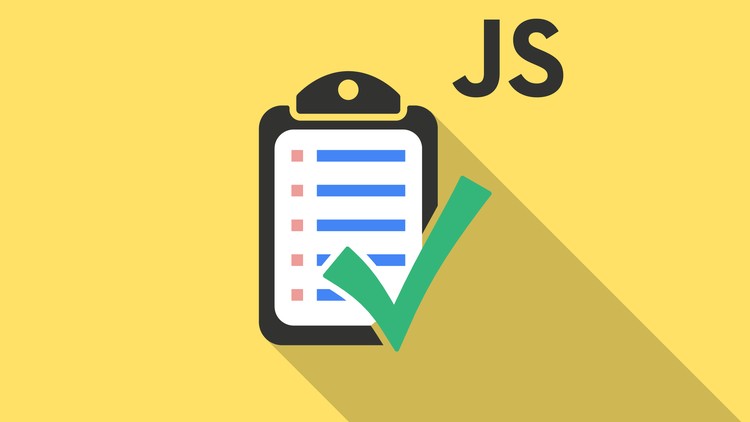 After having contracted for sometime now, I’ve had the opportunity to sit in on a number of interviews - mostly for developers to replace myself!

But, having recently accepted a permanent role as Lead Developer, it’s now part of my role to interview potential candidates for the junior roles we have in our expanding team.

As such, I’ve put together a series of practical ‘problems’ or ‘exercises’. When interviewing for junior roles, I’ve found it’s much easier for a potential candidate to demonstrate knowledge of concepts like closure, scope, prototype delegation, etc… than it may be for them to verbally articulate it. After all, they are interviewing for a junior role with the intention of growing their knowledge working with the rest of the team.

The first exercise I put forward is always the same, as I will show in just a moment, and determines which ones will follow.

I recently posted this on a private message board to get some feedback from other developers - hoping for some constructive criticism. Some was positive, with people trying to explain and solve the problem. A lot was negative, saying that it was a ridiculous question that was contrived and had no practical application. That was, until I explained how and why I always ask it.

🥁 Drum roll please for the problem at hand…

I have almost no doubt in my mind that many of you reading this will have seen something similar before…and yes, it may seem like a garbage question at first. And, if used in the wrong sitting, it is pretty much meaningless and you will derive nothing of a candidate’s understanding of JavaScript from it.

But, if you will indulge me, I will demonstrate just how valuable this few lines of code actually is in determining an understanding of:

Having the candidate walk through the problem with you.

This is where the magic happens. If you don’t walk through it with them - explaining where there may be gaps in their knowledge and asking them to expand on certain concepts - the exercise is worthless.

I will include links along the way to related materials for those that may not be familiar with terms or concepts explored in this simple, but also complex, piece of code.

This piece of code is opened in a browser and as the event loop ticks over, execution begins…

On the last line we also have both opening and closing parentheses (), indicating that an invocation should take place.

Since we are immediatly invoking a function expression, we have an Immediately Invoked Function Expression or IIFE for short.

Now we are inside of an executing function, we have created a new function execution context and pushed it onto the call stack.

Read: What is the Execution Context & Stack in JavaScript? by David Shariff

Inside of our IIFE, on the first line we have a single equals sign =, indicating an assignment should take place.

The right hand side of the assignment operator is an array containing three numerical values.

The left hand side is the variable name numbers, to which we are assigning the array.

We are assigning the array to the pointer numbers using the const keyword.

The const keyword indicates that once this assignment has taken place, the numbers variable name cannot be reassigned.

If this had been assigned to an immutable value, such as the number 23 or the string 'hello world', then will always return that value. Since it has been assigned to a mutable value (an array), whilst it cannot be reassigned and will always return that particular array, we can still change the values contained in the array, e.g. numbers.push('apple');, giving the return value that of [0.1, 0.2, 0.3, 'apple'].

The next line is again, an assignment. This time the right hand side is the number 0 and the variable name on the left sum.

We now have the opening of a for loop and its header.

Inside the header we make another assignment, this time initialising the value of 0 to the variable i using the var keyword. Unlike let and const, the var keyword is not block scoped, it is function scoped. This means that it is scoped to its nearest outer function, in this case the IIFE, and current execution context we are in.

Next is the condition for the for loop, where we say that we want the loop to continue executing until the value that i points to is less than (<) the value of numbers.length (the length of the numbers array.

Lastly, for each time the loop executes we increment the value that i points to by one.

Note, that the value of i we are incrementing does not exist within the for loop. It exists in the execution context of the outer function. As such, this incrementation is a side effect of running the loop.

Read: Getting Fancy with the JavaScript For Loop - HTML Goodies

Now we are inside of the for loop and the first thing we do is use the browser (not JavaScript!) function setTimeout which is present on the window or global object.

setTimeout is a timing function. It is passed two arguments: A callback function to execute, and the delay (in milliseconds) before that function should be invoked.

When setTimeout is invoked, the callback function is placed onto the message queue, along with the minimum delay after which it should be invoked, in this case 0 milliseconds.

Note that the callback function is not yet invoked, as we are still in our current execution context of the for loop, and messages on the queue will not be received until the call stack is empty.

Following the logic of the loop, this happens another two times.

Since nothing has yet happened to change the value that sum was assigned (0), this will print false in the console, as 0 does not equal 0.6.

Now our current execution context has exited and been popped off the call stack, the event loop finally gets around to receiving the functions we added to the message queue.

It invokes each one in turn, creating a new execution context for each, pushing and popping it, on to and off of the call stack.

Since we no longer have access to the numbers array, because it was inside the IIFE whose execution context no longer exists, numbers[i] returns undefined.

Identifying and solving the problems

This will be covered in my next post Solving the essential JavaScript interview question, coming next… 🙂

There are a numerous ways to solve this problem. If you’ve already done it, I’d love to hear about it.

In the mean time…

If you’re bored in the mean time and find yourself with a half hour spare, this talk by Philip Roberts from JSConf EU 2014 on the JavaScript Event Loop is particularly good watch.

All the links in once place